It says pretty much everything you need to know about Google that its name became a verb for Internet search within a few years of its founding — even if the company itself would rather you save it for when you use its engine.

But the company’s friendly ubiquity sometimes hides its dominance. As The New York Times observes in an op-ed, Google has an 88 percent market share in search advertising. And to think that people used to complain about Ma Bell.

Maybe, in fact, Google is a little too dominant. It’s not just that SEO (search-engine optimization) has become an actual job, mainly spent tweaking pages so they can rank high in Google search; it’s that Google, which promised to democratize information, has bigfooted actual information gatherers.

That’s the subject of today’s Sunday read: “How Google eats a business whole,” by Adrianne Jeffries.

END_OF_DOCUMENT_TOKEN_TO_BE_REPLACED

Like Loading...
April 22, 2017April 23, 2017 ~ toddleopold ~ 5 Comments
Time only goes forward, but memory goes backward. So, as the days count down to the arrival of the moving van, I’ve been trying to look forward — packing up books, throwing away paper, making preparations — while attempting to avoid a confrontation with my emotions, which are mulling over the past.

I’ve been in Atlanta for 26 years, not to mention my formative college days, and emotions come with the territory. I want to be upbeat as I open the new door — it’s an adventure, right? — but I’m all too aware of the one swinging behind me.

So it’s with some dread that I approach Sunday night’s Team Trivia at Manuel’s Tavern, my final show.

I can’t overstate how much of a rock Trivia has been. I arrived back in Atlanta the weekend of April 20, 1991 — almost exactly 26 years ago — and one of the first things I was told about was this “trivia game at Manuel’s.” So I spent that Sunday evening with (in my memory) my old Emory friends Tim and Alec at the Tavern. We won, too.

A year later I was hosting, and I’ve been hosting ever since.

END_OF_DOCUMENT_TOKEN_TO_BE_REPLACED

Love this article in the latest New York magazine examining the growing political split between city and country. (Even Boise, Idaho, had some overwhelming Democratic strongholds.) It makes a point that hasn’t been talked about enough: That it wasn’t so long ago that cities, now considered overwhelmingly Democratic, once leaned Republican, including San Francisco, Philadelphia, and Columbus, Ohio.

What changed? Many things, author Justin Davidson writes. If white flight hollowed out cities in the ’70s — with suburbs becoming GOP bastions — revitalized downtowns have brought in new influxes of multicultural and youthful residents in recent years. That’s also made inner-ring suburbs more Democratic. (And, yes, many cities have also become more expensive and less affordable for the middle class — but gentrification is a topic for another day.)

But, for me, perhaps the most intriguing detail Davidson unearths is the importance of mass transit in forging liberal bonds:

Density makes towns more liberal. So does public transit. A band of dark, Clinton-heavy blue follows the Metra commuter rail line from downtown Chicago south to University Park, where it dead-ends in a field of red. Milwaukee’s bus system extends west to 124th Street and north to the county line, and those borders define political boundaries, too: Beyond the bus routes, the map turns from blue to red, literalizing Wisconsin’s dramatic divide. In the Bay Area, tendrils of blue radiate out along train tracks into the deep-red heartland of the San Joaquin Valley. Interstate 5 runs north-south without disturbing the political landscape, but 40 miles east, Amtrak links Stockton, Modesto, Merced, Fresno, Bakersfield — each one an isolated dab of blue.

It’s not clear what accounts for this political force field that weakens with every mile from City Hall but that’s carried from center to center along transit lines. Do people with strong political views choose to live in like-minded communities, or do the places people choose to live form their opinions about how society should work? Which comes first: real estate or ideology? Either way, the dynamic behaves like an ideological centrifuge, distributing liberals and conservatives in complex but not random patterns.

One of the overall questions of the article is how Donald Trump, born and raised in New York, became so appealing to — and, to some extent, part of — an anti-urban and generally Republican crowd. One of Davidson’s suggestions is that Trump has seldom has had to mix with the city in which he made his name — he’s spent his life in private cars, limos and helicopters. He also came up in 1970s New York, when the city was a poster child for decay. (I’ve seen it written elsewhere that he also grew up talking to the outer-borough hardhats employed by his father, real-life Archie Bunkers who watched New York’s ’60s and ’70s decline and disapproved of its increasingly polyglot politics.)

If only he’d ridden the E and F trains more often. Or maybe he did and they looked like the ones in “The Warriors.”

It was April of 1991, and I was still recovering from wounds inflicted by pieces of a broken heart. (I write this with apologies to my girlfriend at the time, who succeeded the one over which my heart was broken; she was instrumental in reawakening my soul, for which I’m eternally grateful.) Atlanta was where I had gone to school in the ’80s and stayed for a bit, working at a downtown hotel, feeling rich from the regular wads of tips I made as a bellman (which, in reality, probably added up to less than $15,000 for the year — but my share of the rent was $162.50 a month) and hanging out with friends from college. Some were figuring things out. Others had yet to graduate.

Four years later, some had left and returned; others had never gone away. I needed a place to start anew. I had $500 to my name and bills for many times that amount, but I felt comfortable in Atlanta. It seemed to fit.

And so I loaded my life into my car and drove back down I-85 into its hopefully welcoming arms.

Twenty-six years later, I’m getting ready to leave. I have a new job in the Lehigh Valley of Pennsylvania, and though I’m looking forward to it, I can’t say it’s been easy to prepare.

END_OF_DOCUMENT_TOKEN_TO_BE_REPLACED

The United Airlines story couldn’t help but create a backlash. It wasn’t just United’s high-handed (and other-handed) treatment of the passenger who declined the airline’s offer to “re-accommodate”; it was all the things we dislike about airlines — the cramped planes, the seemingly capricious messages (we’ll pay you for your seat; no, actually, we’ll just have you randomly removed), the Hobson’s choice of scheduling — wrapped into one incident.

But not for everybody.

There are some people who are truly above it all. They have the benefit of flat-back seats, ample legroom and a nice drink to send them on their way. They are the 1 percent of flyers — first-class passengers all the way.

How the airlines accommodate them is the subject of today’s Sunday read.

END_OF_DOCUMENT_TOKEN_TO_BE_REPLACED

I’ve been slowly — very slowly — making my way through the house and alternately getting rid of some stuff and packing other things in advance of my move. It’s been eerie and melancholy.

I filled five bags full of books to take to a trusted local shop, and I felt like I was pulling out fingernails. Last night I went through my CD racks to weed out discs that have been thoroughly burned or seldom listened to, and still I felt like I’d chipped away pieces of my soul.

I would not get along with Marie Kondo.

But what’s been more sobering, in some respects, was finding old documents I’d completely forgotten about. There was a time — a time before journalism became my full-time job — that I thought I’d be a fiction writer. I was never very prolific, but apparently I was more disciplined than I recalled. In memory, until taking a creative writing course during my fellowship year at Michigan, I hadn’t written a short story since college. (Side note: Amber Hunt, your photographs are always welcome sights on the KWF page.) But in reality, apparently I was doing more than that: Among the papers I found in the attic was a short story I’d written around 1993. Attached to it was a rejection letter from The New Yorker.

I have no memory of writing that story, or sending it off to The New Yorker.

END_OF_DOCUMENT_TOKEN_TO_BE_REPLACED

My friend Jessica Ravitz Cherof has a knack for telling richly human stories — the kind where uncertainty and shades of gray suggest the depth, and variety, of hard-earned experience.

Among her wonderful pieces are one on Aesha, an Afghan woman whose face was disfigured by violence; and a look at spiritual struggles, which found as many questions as answers when she went off to Rishikesh, India, to face some of her own.

Her most recent story, about a breast cancer survivor, is my Sunday read.

Paulette Leaphart gained a modicum of fame for announcing she was going to walk from her home in Mississippi to Washington, D.C., topless, to raise awareness for breast cancer. Leaphart had had a double mastectomy and was catnip to many journalists looking for a feel-good story. Who could argue with such heroics?

Jessica, too, thought Leaphart had a wonderful story and accompanied her in North Carolina for a day to gather background.

But Leaphart wasn’t quite what she seemed. As Jessica wrote:

Some stories land on a journalist’s plate like manna from heaven. They’re perfect morsels you can’t wait to share. Others arrive a mess of ingredients with no recipe to follow. This one started the first way and finished the other.

As Jessica dug into Leaphart’s personal history, the feel-good story turned into something more … well, let’s say awkward. Was Leaphart whom she said she was? Yes — and no.

I’m not going to spoil it for you. Just be prepared for surprises.

You can find “The Naked Truth” here.

When did the White Sox park change its name to "Guaranteed Rate Field"? As if U.S. Cellular Field wasn't bad enough? #bringbackcomiskey

Though, well, it bears repeating: What … The … Fuck? Guaranteed Rate Field? Even Finazzle Field, my suggestion for the Braves’ new ballpark, would be better. (“SunTrust Park” is merely bland by today’s standards.)

If I were commissioner, I would require all ballparks to be named after cities/neighborhoods, teams or people. Enough with the 20-year naming rights contract crap.

I am fascinated by Richard Nixon.

The man is straight out of Shakespeare — sometimes Iago, sometimes Lear, sometimes (in his better, though rare, moments) Prince Hal himself. (Never Falstaff, though.) Nobody doubts his brilliance or cunning, but oh, what venality. He could never get over the contempt he had for the kinds of people LBJ called “the Harvards” — those golden boys who effortlessly controlled the levers of power and sneered at awkward ladder-climbers like Richard Nixon.

Mark Feldstein’s “Poisoning the Press” pairs Nixon with one of his fiercest critics, muckraking columnist Jack Anderson. In Anderson, Nixon had more than a foe in the media — he had someone who was surprisingly like the 37th president himself. Like Nixon, Anderson had a ne’er-do-well brother and a fractious relationship with his father; like Nixon, Anderson was a working-class striver; like Nixon, Anderson grew fond of a wealthy lifestyle at the expense of his ethics. (One of Anderson’s early gets had to do with payoffs Nixon received from rich benefactors. Anderson would later sacrifice much of his regard for money.)

END_OF_DOCUMENT_TOKEN_TO_BE_REPLACED 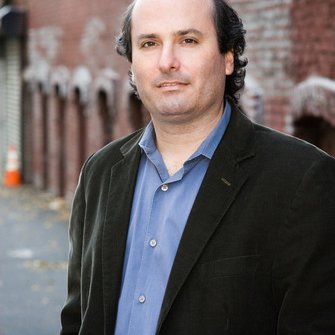 My latest: An interview with David Grann, author of the new book “Killers of the Flower Moon,” as well as the bestselling “Lost City of Z.” Now that it’s out, I’ll give a brief review: “Flower Moon” is outstanding.

You can find the interview, posted on the Goodreads site, here.